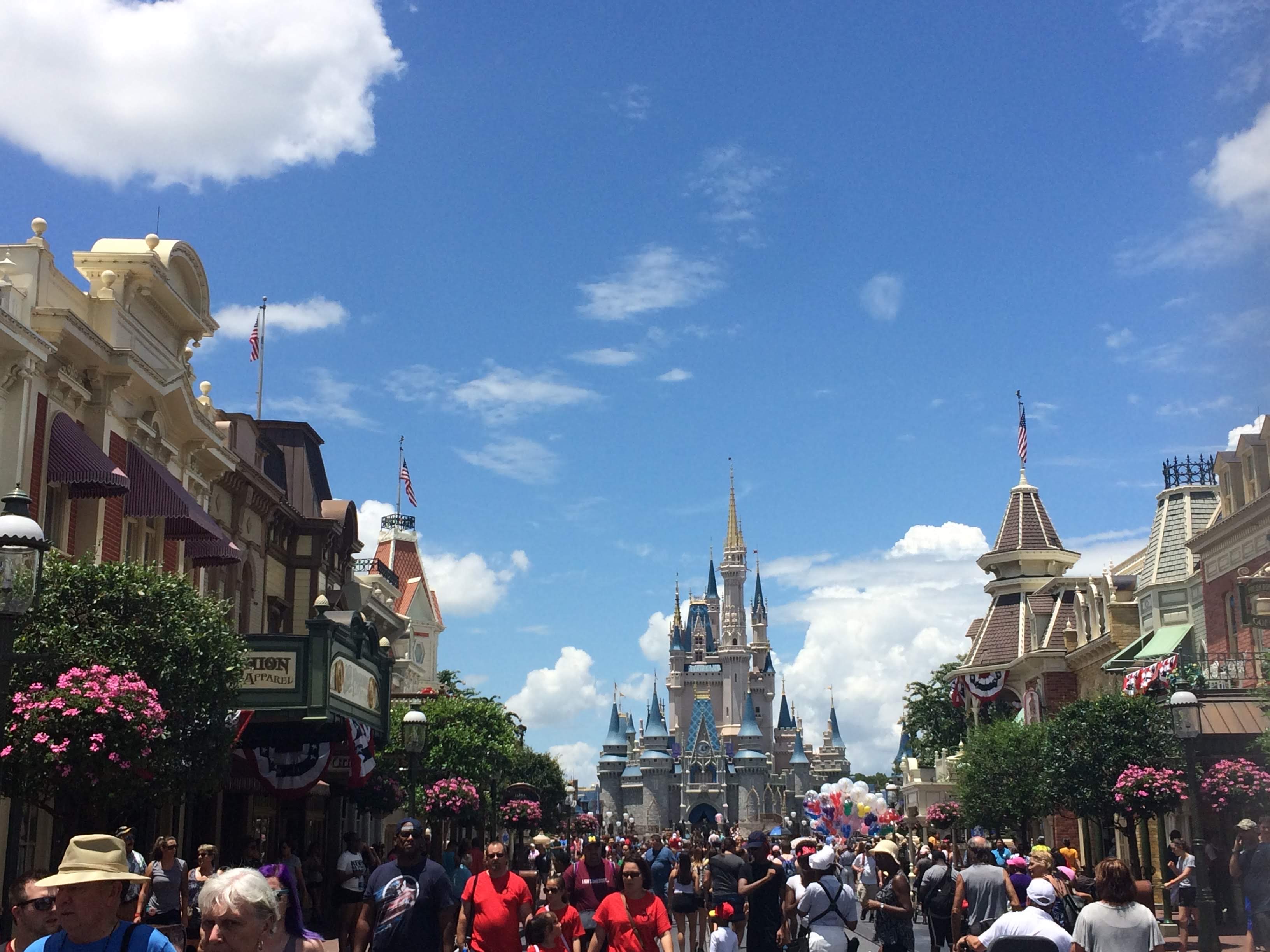 Is there anything more special than walking down Main Street, U.S.A.? I love it. I love everything about it. I love the view of the castle, the smells and the sounds, but more than anything I love what Main Street, U.S.A. represents. If you happen to walk down Main Street in the middle of summer, you will notice that it’s decorated for the Fourth of July. You’ll find red, white and blue bunting hanging on the buildings and the dancers for the Trolley Show dress in red, white and blue as well. But even when it’s not summer, Main Street, U.S.A. feels patriotic. Walt Disney once said “Main Street is everyone’s home town…the heartline of America.” and that’s what I feel when I walk down this street. 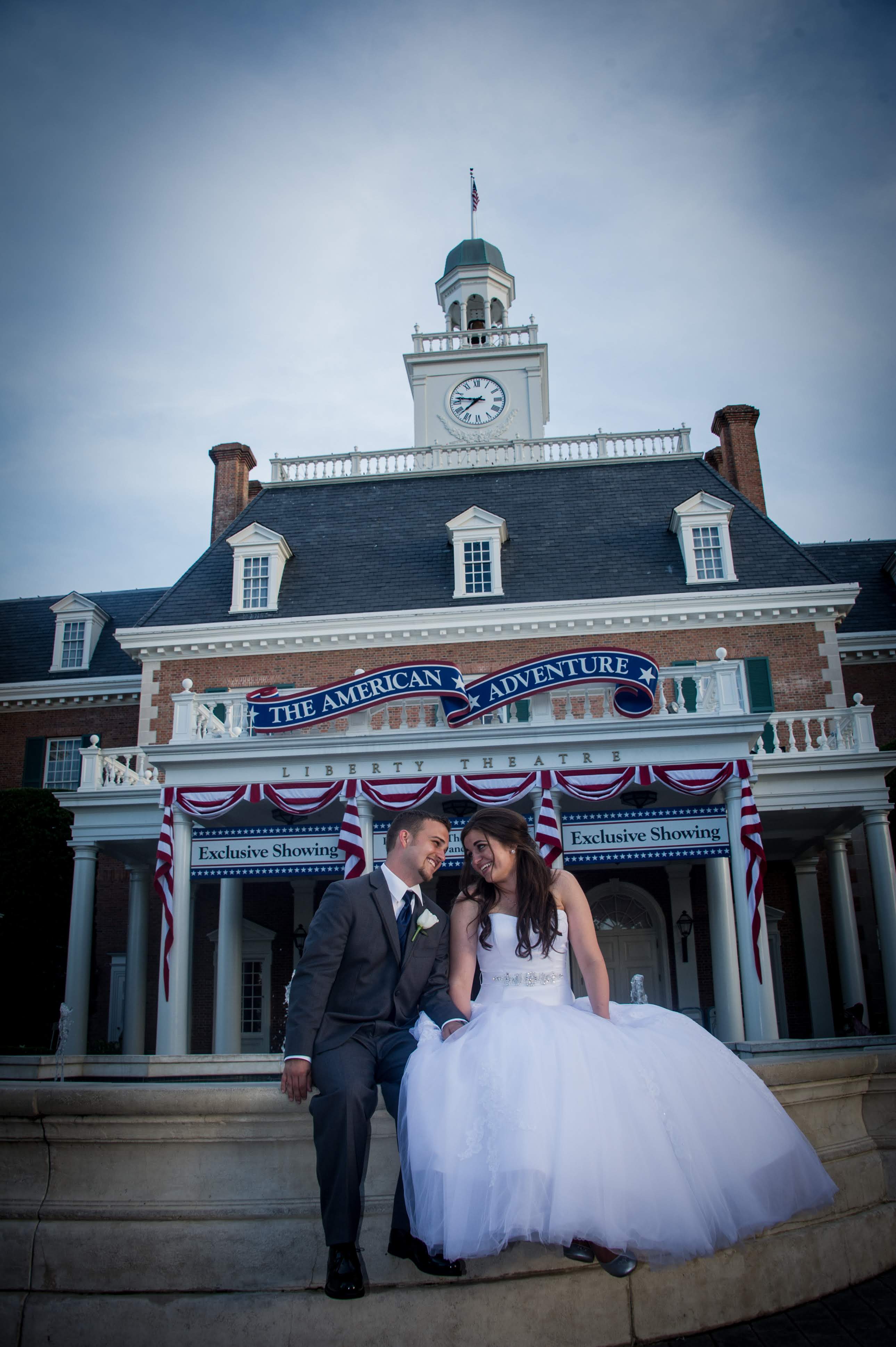 The Muppets Present…Great Moments in History 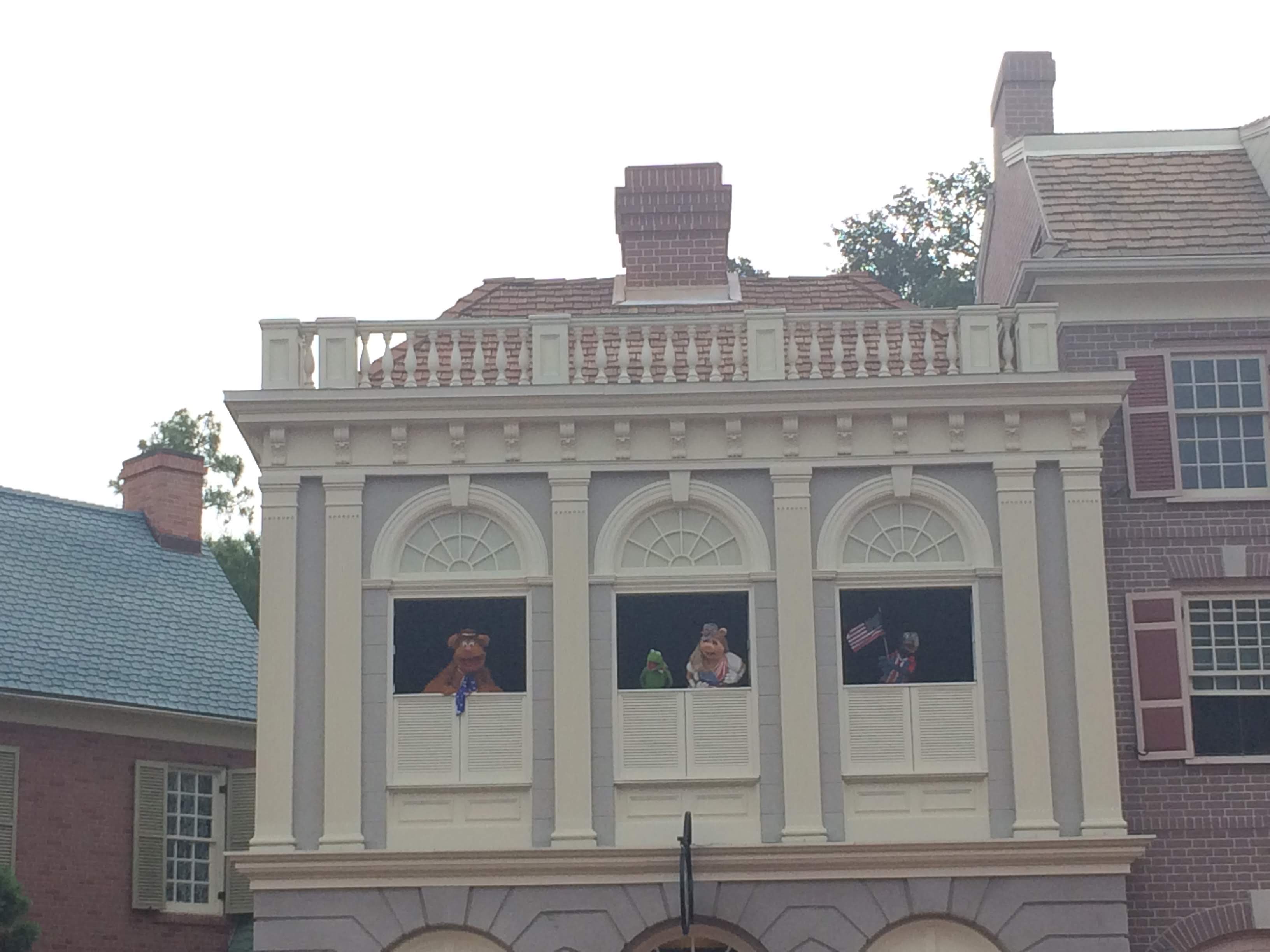 From October 2016 – February 2020, there was a live show that ran in Liberty Square at Magic Kingdom called “The Muppets Present…Great Moments in History”. This show would happen a couple times throughout the day and I LOVED it! My husband and I loved finding shade under the Liberty Tree, watching this show, and learning about American History. I am so sad that this show has closed, but I’m hoping that Disney will bring it back.

On our last trip to Disney, we tried the newly opened Regal Eagle Smokehouse in the American Pavilion at Epcot. Being from Texas, I’m pretty picky about my barbecue, but this place is awesome! The whole theme is that of a barbecue cook-off between the different types of barbecue you can find throughout the United States. I thought the food here was some of the best in Epcot and I’m looking forward to eating here again.

One of the most patriotic things that you will see at Magic Kingdom is the flag retreat. Every day at 5:00pm members of the Color Guard remove the flag and fold it while the Dapper Dans sing “God Bless America”. The flag is then given to a special guest veteran, followed by a procession down Main Street. Every time I watch a flag retreat, I cry, there is just something so special about it.

Although the Disney Parks won’t be open on the Fourth of July, you can still do and see most of these things on your next Disney trip. I hope you have a safe and happy Fourth of July.

One thought on “Five Friday Favorites: Fourth of July”

Cheers to Disney’s Blizzard Beach Water Park reopening today!✨🍹#hosted
Jewelry, but make it magical.✨
Stop & smell the flowers🌼#hosted
One year ago.
Just over here wondering when Ratatouille is going to open.😫
“In my own little corner, In my own little chair, I can be whatever I want to be” ✨